Cleo laid an egg on the heated floor and inbetwen a rock and the window. She was guarding it with her back foot on top of the egg.
She has had clutches before but not with me, I am her new owner of maybe 2 months. Here is the Egg. 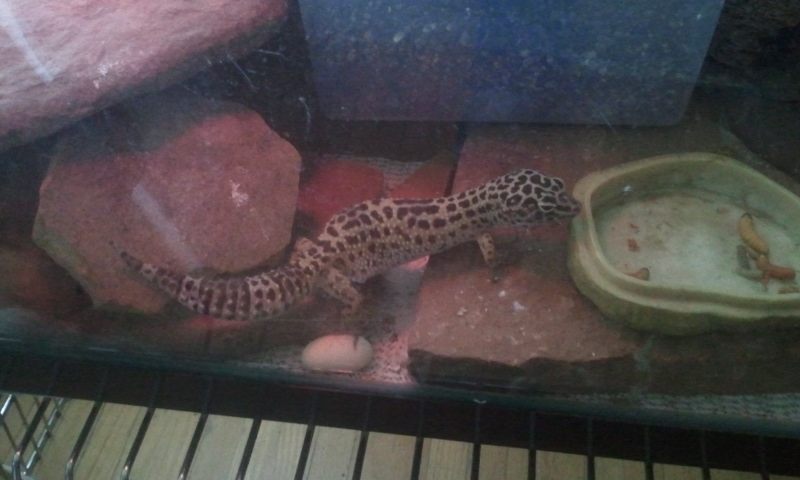 I gently picked up the egg with a plastic spoon then put it in a tiny deli cup with vermiculite and a sensor.
Cleo kept trying to dig the rock up to bury the egg and cup, later tonite I have found her resting on top of the deli cup and now sleeping. Here is a pic, it is so cute! 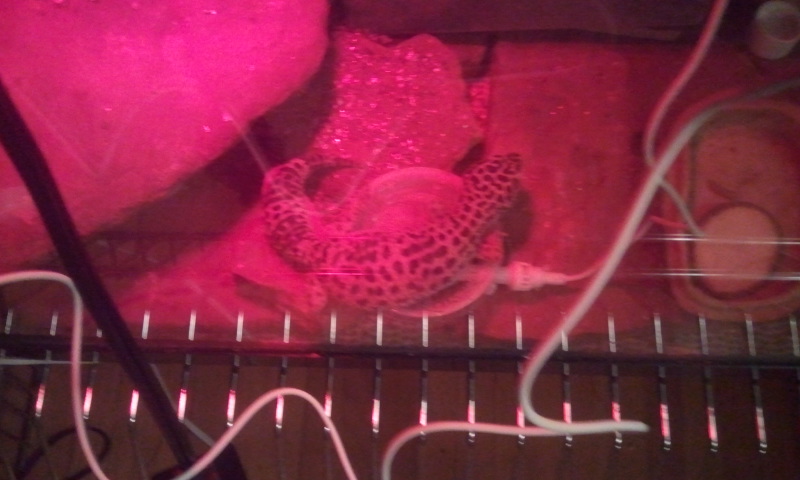 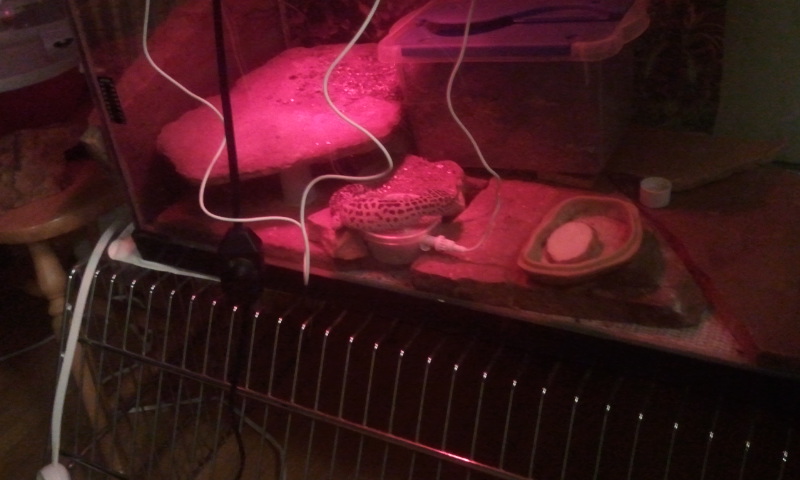