Okay I got this female Tangelo from a friend who picked her up from the same breeder as mine at the reptile expo on November 20th 2011, well when he got her the breeder said she had been bred and was obviously gravid and he said she should be laying any day, well he has had her since then, no eggs.
I recently adopted the two females from my friend because he wasnt caring for them properly and realized he wasn't and how it wasn't fair to them so and wanted to give them to a better home and I commend him for that.
Here is the thread with their pictures:http://www.leopardgeckoforum.com/t2479-new-females

Well she has still not laid her eggs! Its very obvious when you look at her underbelly that she has two big eggs, but she hasnt laid yet. I dont know whats going on with her, she was underweight when she was acquired and is still IMO underweight, and I am feeding her gut loaded meal worms and superworms to try and get her back to a decent looking gecko with a plump tail.
She currently weighs 53grams (11/15/2012). Here is what she looks like.

I dont like how thin her tail is, she just looks so skinny to me, but her and Shelby (Red Stripe, my original female) are the same weight but just by looking Shelby looks much healthier to me. The other female is a "Hot A's" ("Tangerine" might be behind the other name according to the friend but thats not what the tub say nor the breeders site) and is named Charmander, she weighs in at 47grams and looks in better condition than Super Ancient Dino Beast.

She is pretty bitey and feisty and needs some taming but I dont want to stress her until she lays. She is eating/drinking and pooing. Also here is a belly/vet shot I dont know if they are helpful or needed but they might be. Nothing looks out of order for her.. 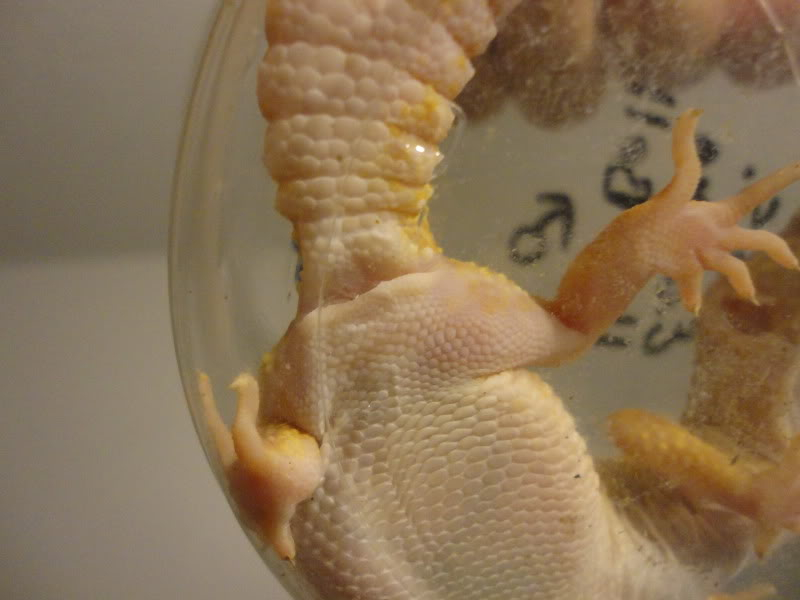 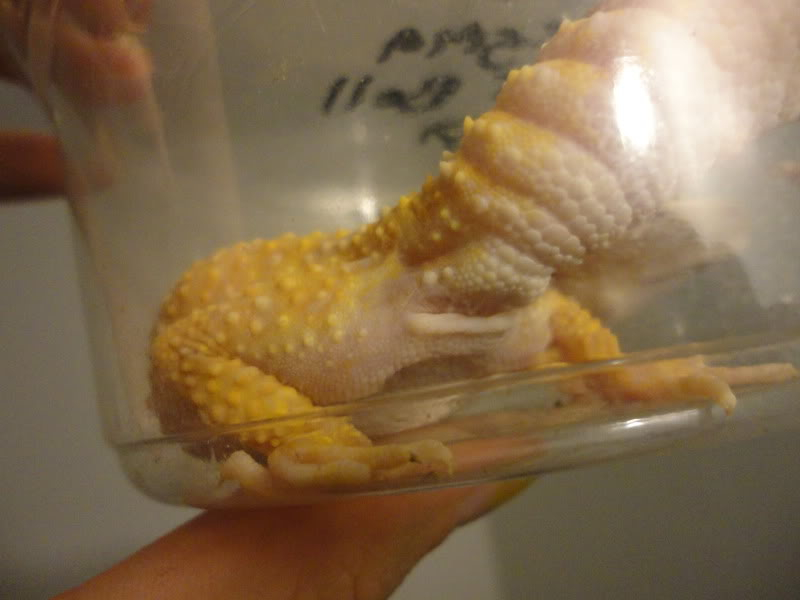 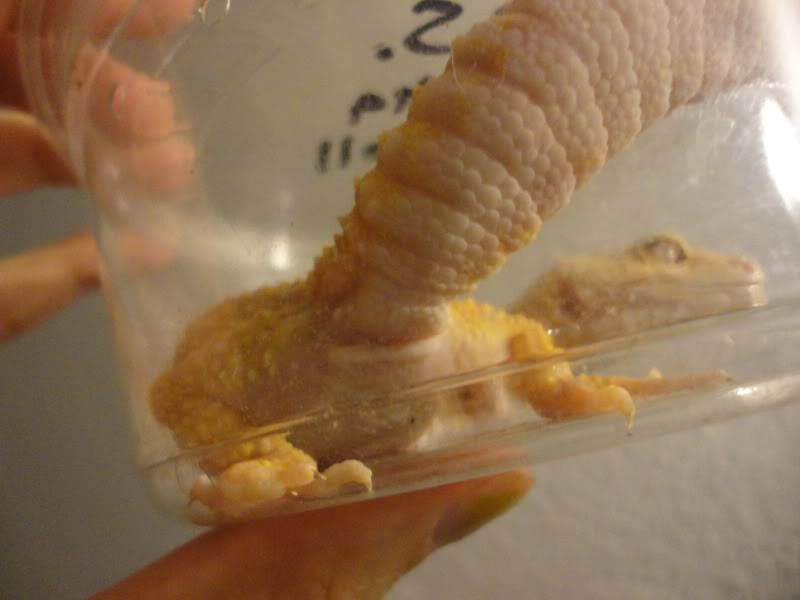 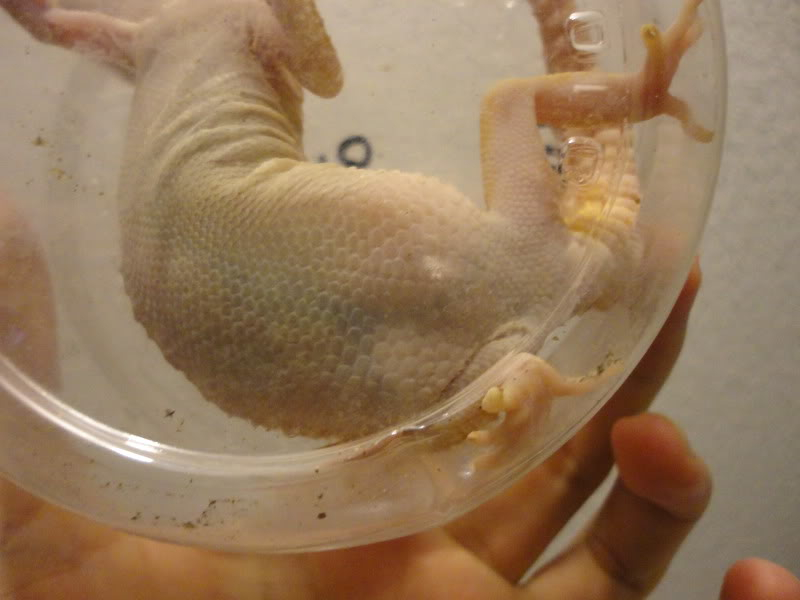 I don't plan on breeding her anymore until she is fat and healthy and given a break after this (if I ever do), poor girl I honestly don't know why he bred her when she was so skinny, according to a friend who has been breeding LG's longer than I have been alive she had been over bred and I believe her. I mean, look at her tail its so thin and that's after about 2 months of of proper feeding on gut loaded meal worms, crickets, wax worms, dubia, and she still looks so thin.
I really hope its not something serious and she will be alright, she is a beautiful girl and will probably turn out to be very tame with some time and she deserves a nice little break.
Any ideas on what could be wrong with her, or what I can do to help her out would be greatly appreciated, also any ideas on feeding for her to help her (and the other female, Charmander) get a little more plumped, they look like anorexics next to Shelby's chubby butt.

Do you have a lay box in with her? Some will hold their eggs until they find a proper place to lay their eggs.

I can't tell from the pics if she is gravid. However, right before they lay their eggs, I've noticed that my females tails tend to "shrink" up since they are pulling calcium from their own storage to produce the eggs. If she was truly gravid when she was sold in november, then she would definitely be eggbound by now and would need to be seen by a vet. If you could get a good picture with her ENTIRE belly exposed that would probably be very helpful. 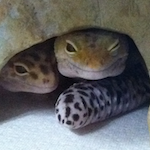